Airblast was recently fortunate enough to have the opportunity to support Marshall Aerospace and Defence Group on an ambitious project. It involved creating a surface preparation and painting facility for Boeing 747-400, 777, and Airbus 330-sized aircraft in Cambridge, UK – one of the largest such facilities in Europe.

There were several engineering and logistical challenges involved in creating such a cavernous facility. Firstly, it would need to have a roof large enough to house the aircraft without vertical supports. Even more crucially, it would also need to satisfy several specific technological requirements related to heating and airflow to make the painting work possible. 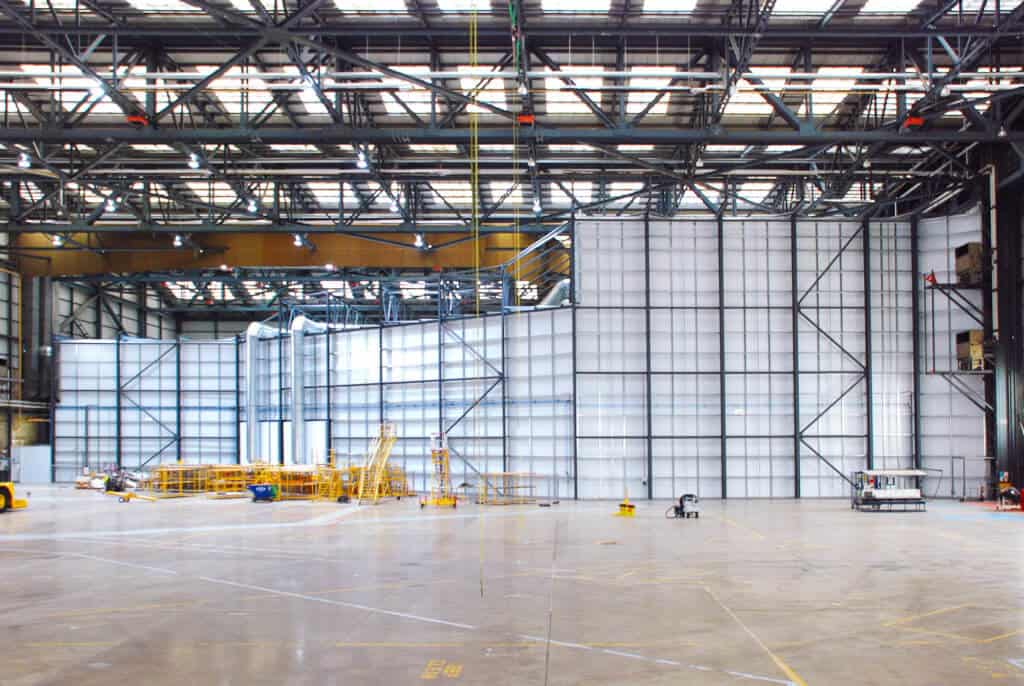 Marshall Aerospace is one part of the Marshall Group, which was founded initially as a motor dealership by David Gregory Marshall in 1909. Marshall Aerospace has been involved with all levels of aircraft maintenance, modification, and conversion for more than seventy years. When the opportunity arose to work with Marshall, Airblast was eager to take on the challenge.

Airblast was tasked with helping Marshall to bolster its engineering, MRO, and cabin upgrade services by creating one of Europe’s largest and most advanced aircraft refinishing facilities. This insulated structure would need to be large enough to house a Boeing 747. Airblast would also need to provide a facility to chemically strip the aircraft of paint and then to have up to 30 sprayers working simultaneously to repaint it.

In order to house a 747, the unsupported span would need to be over 80m long and 20m high. Despite its vast size and considerable air volume, this facility would need to emit fewer volatile organic compounds than the average automotive paint booth.

Within just five months, Airblast was able to create a system that could cope with the emissions generated by the facility and that would ensure there were no interruptions to Marshall Aerospace’s production schedule.

Airblast’s most significant innovations were:

For this project, Airblast was able to create one of the largest fully abated booth in Europe. The air in the facility would need to be heated to allow for spraying and curing.  However, the air velocity and volume required for the facility made it impractical to heat the air from a cold starting point and to allow a typical “air to waste” spray cycle. Instead, Airblast proposed a system by which 70-80% of the already heated air would be recirculated, while maintaining less than 25% of LEL. After careful consideration by the client and their DSEAR advisors, this was seen as the most effective approach.

2. Thermal Oxidising Technology
To keep emissions within acceptable limits, Airblast also supplied a regenerative thermal oxidiser (RTO) to treat exhaust air. The RTO used a bed of ceramic material to absorb heat, which it then used to destroy air pollutants emitted from process exhaust streams. This approach made it possible to reduce the volatile organic compound to 0.3 milligrams per normal cubic metre of air. 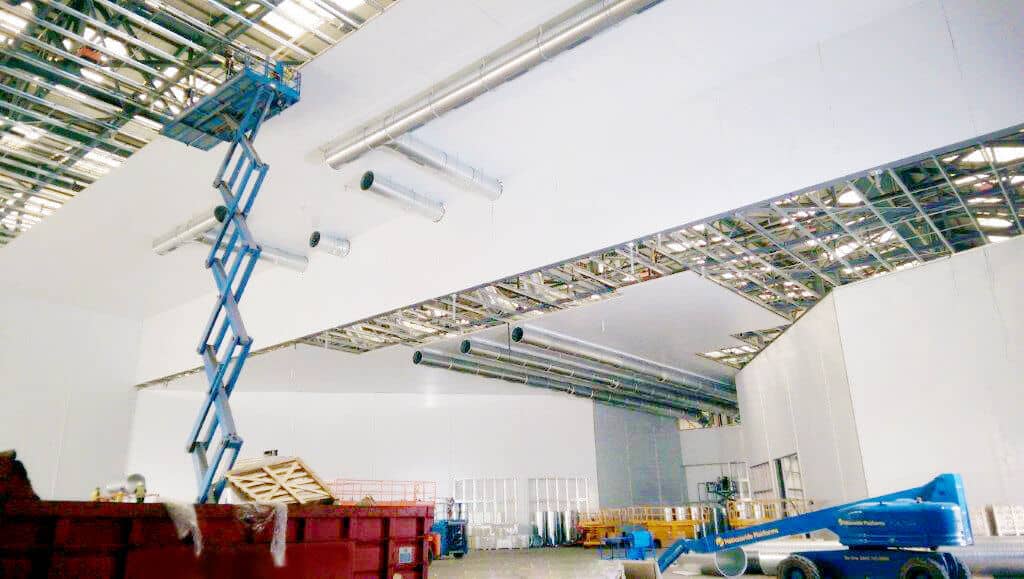 By collaborating with trusted partners, Airblast was able to develop a dedicated aircraft refinishing facility for Airbus-sized aircraft at Marshall’s site in Cambridge. The large structure was climatically controlled to allow for spraying, and was equipped with an RTO capable of processing large volumes of exhaust air.

One of the biggest facilities in Europe able to handle special projects, its proximity to Marshall’s Cambridge International Airport continues to make it the ideal choice for commercial and military customers alike.

“We are excited about the creation of one of Europe’s largest secure aircraft refinishing facilities. This facility enables us to grow our refinishing capabilities for large commercial aircraft, such as Boeing 747-400, 777 and Airbus 330-sized aircraft. This is another exciting chapter in our history and demonstrates our commitment to carrying out modification, upgrades, and refinishing for the largest of civil types, in one location.”

“The facility at Cambridge is extremely impressive and our team of experts, with their extensive experience using the latest application techniques, will continue to deliver outstanding results on time, on cost, and to budget. The forward orders demonstrate the strong demand for this leading facility.”

Marshall Aerospace was the ideal partner for a bold project like this one. Working with a venerated expert in its field made it possible to create a remarkable feat of engineering in a very short period of time.

Working on this facility also gave Airblast another opportunity to demonstrate its ability to tackle large, logistically complex projects, and to hit vital deadlines. It was an undertaking that has generated new business opportunities in the region, making it a financial success as well as a technological one.

To find out more about this project or to discuss your surface preparation and coating requirements, please get in touch.